The previous blog post got some attention and several good questions and suggestions. So I feel that I should sum up the main points noted by readers. Since the main article is already too long, I decided to keep all of this as a separate post.

Let's make it clear: the whole blog post was only about small arrays!

Since I was interested in linear search more than in binary search, I was mainly interested in cases like N <= 128. It is clear that for larger arrays linear search is out of consideration anyway. All the performance results (except for one pair of plots) were measured in such a way that everything important fits into L1D cache. All the complicated things about memory access like using L2/L3/TLB/RAM were not considered at all. That's why the provided results may mislead if you want to implement binary search over 1 MB array.

Speaking of really large arrays, there are several points to consider:

Regarding branchless binary search, some wondered if this can really be called branchless:

There is no point in arguing about terminology, but it is quite interesting to see how other versions perform. For instance, it is possible to use the result of comparison as 0/1 integer value and do some math on it:

Also, it is possible to avoid comparison completely, using arithmetic shift on difference to get empty or full bitmask:

Just remember that this code is not perfectly portable: it relies on undefined behavior according to C/C++ standards.

I included these three cases into extended comparison (see plots below). They are noticeably slower of course, but still much faster than branching binary search.

One really smart idea about binary search was from seba, who suggested preloading both possible pivots for the next iteration while still performing the current iteration. This means doing two memory loads per iteration instead of one, but since they are started one iteration earlier, their latency is hidden behind other logical instructions going on.

Note that after both potential pivots are loaded, we need to do additional work to choose the real future pivot among them, and it can be done with cmov with after the comparison already performed. Here is the resulting implementation:

The idea turns binary search into something similar to quaternary search:

Both of these implementations are included into extended performance comparison given below. The binary search with preloading (binary_search_branchless_pre) actually becomes significantly faster in latency, sacrificing some throughput. The quaternary search is not so good.

I tried to perform branchless binary search until the segment of interest becomes small enough, then use linear search within it. It seems that making several iterations of linear search is not a good idea though: in fact, the best way is to make the length of linear search fixed, so that it could be fully unrolled. That's why I stopped on doing 16-element linear search. Using movemask instead of counting seems to be a bit faster in this case:

It actually helped to reduce both throughput and latency time a bit (see plots below).

Since all the added implementations are for binary search, the best plot would be the one which draws time per search divided by log2(N), which is something like "time per iteration of simple binary search": 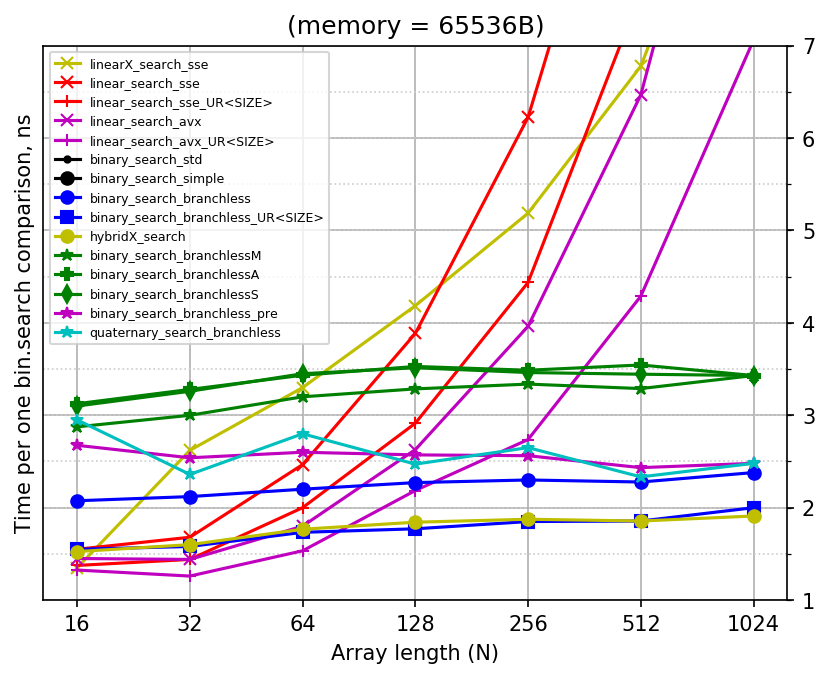 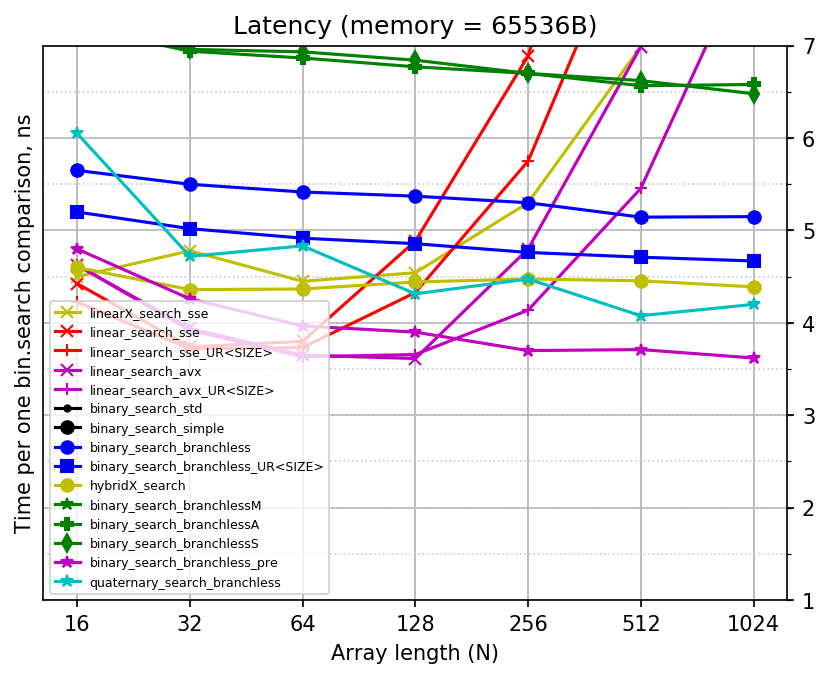 Here is the plain plot also: 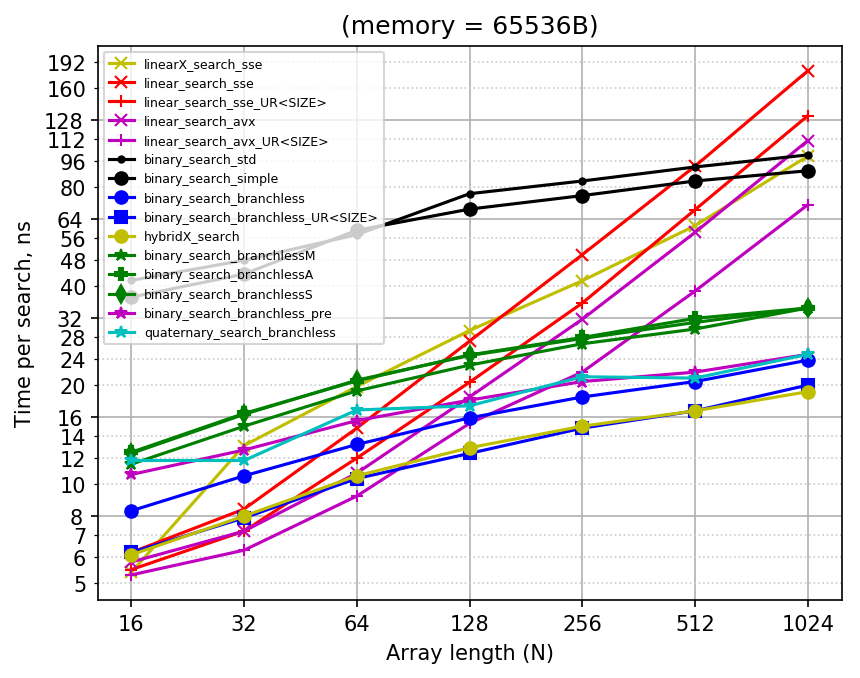 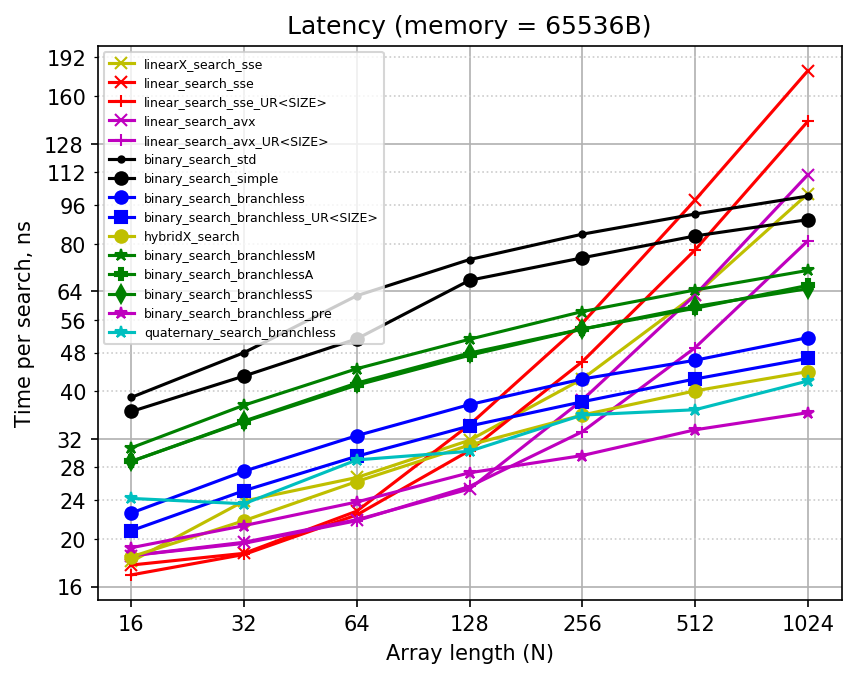 Sorry for the mess: there are too many implementations being compared already. Note that linear searches now use cross style of markers, while binary searches use solid figures or asterisks for markers.

The updated code including all new implementations is in the same repository as before.

There are no comments yet.